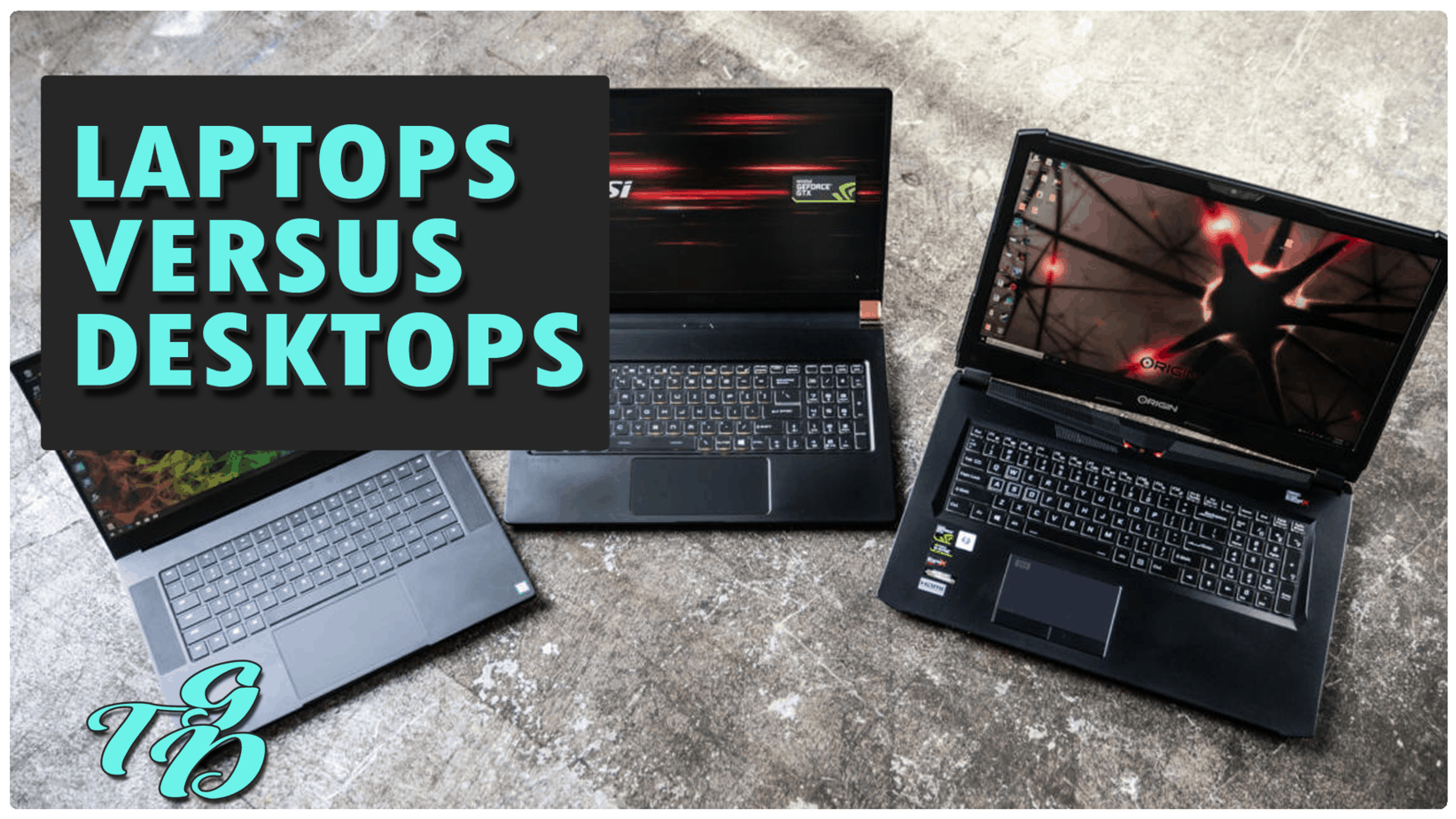 With the work from home culture being adopted worldwide, it’s probably time you start thinking about a setup for when you’re at home.

It’s true that laptops offer a level of functionality that desktop PCs cannot, but it’s also true that a desktop beats them in almost every other category.

In this article I’m going to convince you to switch from a laptop to a desktop PC with 5 simple reasons.

Why You Should Switch From A Laptop To A PC

It doesn’t matter what you use your laptop for, whether it’s web browsing, gaming or word processing, you’ll be looking to buy a desktop once you’ve heard what I have to say.

The main reason to choose a desktop PC over a laptop is for performance.

Whenever you compare the specifications of a laptop and desktop, even if they have similar names, the laptop components have much worse performance.

The desktop parts are full-sized and don’t need to care as much about power draw as a laptop does.

The closest desktop processor is probably the i5 9400 CPU which has 6 Cores and a stock clock speed of 2.9 GHz.

In theory you can boost the 9300H to have a clock speed like the desktop counterpart, but, it’s very unlikely you’ll do that.

The desktop processor is also going to outperform a laptop processor when boosted. It’ll also operate at lower temperatures and have much better stability.

The same can be said when comparing almost any other component. Especially when you compare mobile graphics cards to desktop GPUs.

Similarly, the price to performance ratio of a Desktop PC is much, much better than a laptop.

If you were to buy a laptop with similar specs to a desktop PC, you could spend up to 3x as much.

For comparison, I’m going to use this HP Laptop and HP Desktop.

On top of the obvious technical differences, you’ll also find that the Desktop PC has more USB slots and a disc drive.

The only downside is that the desktop doesn’t have a wireless connection feature, but, this can be solved cheaply and quickly. All you need to do is buy a USB wireless adapter or PCI-E networking card.

Of course you’ll also have to buy a monitor, but they’re fairly cheap nowadays. You can get decent quality 1080P monitors for under $100.

If you wanted to go one step further and build your own PC, the price to performance gap gets even bigger. Especially if you begin to use second hand or refurbished components.

Upgrading A Desktop PC Is Much Easier

When it comes to working on computers, it’s very easy to work on a desktop PC.

Trying to work on a laptop is much harder and a lot of the time impossible for the average person.
In a desktop you can change pretty much anything you’d like.

Whereas in a laptop you can only really change the memory and storage, even then, some laptops wont even let you do that.

Some laptops that I’ve worked on, you’d think some manufacturers go out of there way to make it harder!

When it comes to other components, such as the GPU, Upgrading a graphics card on a desktop is pretty much plug and play.

Whereas most laptop graphics cards are integrated chips and are impossible to upgrade. The only way to upgrade would be to buy a new laptop altogether.

Sure, not everyone is looking to upgrade their PC, but, it’s much better to have the option to upgrade rather than having to rebuy.

I don’t know why, but when everyone thinks of a desktop PC, they automatically picture a huge tower filled with custom LEDs and huge aftermarket coolers.

This doesn’t need to be the case (hah, pun intended).

There are many smaller options for those that need a somewhat portable setup.

Here are the most common form factors and sizes for desktop computers.

As you can see, you’re able to get huge towers that are over half a meter tall, or you can get HTPC devices that are even smaller than a laptop.

The only thing is that you’ll need to carry around a monitor, or confirm that the place you’re going to setup can provide a monitor for you.

While this kind of falls under the category of upgrading, a desktop PC will come with multiple usb slots and even PCI-e slots that let you further customise the computer.

It’s a real pain in the ass having to carry around a USB hub just so that you can gain extra USB slots for your mice, keyboard and External HDD.

On a Pre-built PC, you’ll normally have up to 8 USB slots, before even adding in any expansion cards.

It’s also super easy to add extra hard drives so you don’t need to carry around that bulky external hdd.

Again, if you want to go one step further and add a second graphics card, SSD or even upgrade the soundcard, having extra PCI-e slots are necessary.

This may be more than the average person desires, however, it’s something that most laptops cannot offer.

Other things To Consider…

You don’t necessarily need to have one or the other. It’s possible to have both, or you could even consider using that expensive tablet or mobile that you already own.

You’d be surprised at just how much a tablet or mobile can do for you.

With the growth of cloud computing, the need for high-spec laptops is becoming less and less, because the cloud technology will handle the burden for you.

Buying a desktop PC with good specs as well as a surfbook or notebook for when you’re travelling may cost around the same price as buying a high-spec laptop.

Everybody has a unique situation. Just because I find a desktop PC to be better for me, doesn’t mean it will be the best option for you, the business professional that jumps from country to country.