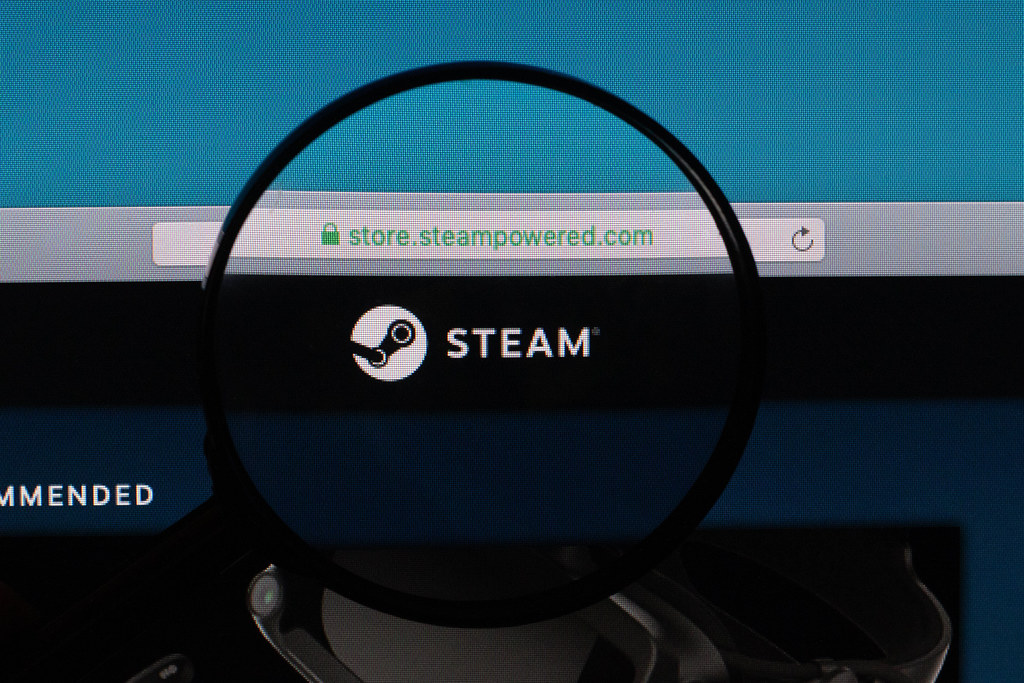 There’s 2 reasons why having a low budget sucks. Not only do you have to play on a budget PC, but you’re also limited to cheap or free games.

To help you make the best out of an unfortunate situation, I’ve compiled a list of the best FREE low spec games on steam.

These games offer a wide variety of gameplay, are completely free and will run on almost anything.

If you can’t run these games, the only alternative is to play flash games or save up and buy a new PC.

Because we all have different tastes and different PC specs. You should check out the Steam Free-To-Play section yourself. You may find some brilliant games that I missed out on this list.

Since this is a list for low-end PCs, I’ve not included titles such as Dota 2, Destiny 2 or War Thunder. However, if you have a good PC and cant afford new games, they’re also F2P and super fun to play.

You could also look at the demos on steam. Granted they’re limited versions of a game, but they will help you to pass some time.

Counter-Strike is one of the longest lasting games on PC.

It was launched 19 year ago and has only became more popular over time. Now, it’s considered to be one of the most, if not the most popular FPS in the world.

Up until recently, you have to pay for this game. I thought that turning it F2P would turn it into a cheat fest, but thankfully it has not.

The Free To Play version grants you access to pretty much every feature, but, it seperates the free users from any serious/ranked matchmaking.

Running this game is super easy with the minimum requirements being:

Admittedly, if you’re running a PC with specs that are close to the minimum, it’s not going to be a fun time.

You’ll have to run it at the lowest settings and probably even lower your resolution.

Because it’s a first person shooter, you want the frames per second to be as high as possible. If you’re trying to play even remotely serious, 30FPS will not cut it.

That being said it’s definitely a fun shooter and a game that you should try out. I will warn you though, there’s a steep learning curve in comparison to other FPS games. The mechanics are completely different.

TF2 is another PC shooter that’s been around for as long as I can remember (since 2007).

This one has been F2P for much longer and has been constantly updated throughout the years with new game modes, maps, equipment and cosmetics.

What’s great about this game is you can play as casual or as serious as you like.

If you want to clown around or make friends, you can do so in one of the many community servers. But if you want a competitive gaming experience, you can also jump into one of the official game modes.

The minimum requirements are almost non-existent:

You can run this game on pretty much any PC and it’ll still look visually appealing. I think this mostly comes down to the style and the artwork. It’s not trying to push any graphical boundaries.

I personally prefer CS:GO, but, TF2 has a similar type of draw.

Once you pick it up and start really learning the game, you’ll begin to pay attention to the cosmetics and virtual economy in the game as well.

Before you know it, you’ll have 2,000 hours on your play time wondering where your life went…

For a free game, this one ticks pretty much every single box you can think of. Other than the community, the player-base can be pretty child-ish at times.

Trackmania is a game that I have very fond memories of.

Back in school, this was the only game they had installed on the PCs, besides unreal tournament.

There were many hours spent playing on LAN versus my class mates, racing each other even when we were supposed to be doing work.

This arcade racer is one of the very few Free-To-Play racing games. It’s completely free and has a whole bunch of content.

Whether you want to play solo and achieve gold in all 65 tracks or go online and compete on the various custom tracks and servers is up to you. There’s thousands and thousands of hours of gameplay and you’ll not get bored.

Graphically the game looks good. The minimum requirements aren’t too heavy either:

It doesn’t matter what type of racer you are. Trackmania nations offers fun for everyone.

However, if you’re looking for your competitive fix, it’s actually taken very seriously in certain communities with official ladders both online and offline.

If you’re a fan of platform fighters and are looking for a free PC alternative to smash bros and street fighter, Brawlhalla may just be for you.

On steam this game has over 160,000 reviews, 84% of which are positive. Most of the opinions that I’ve read on this game suggests it seriously underrated.

In-terms of features, this is probably one of the most feature rich F2P PC games I’ve seen.

Brawlhalla is a 2D Platform fighter that supports full crossplay. This means you can fight against up to 8 friends, regardless of which platform they play on.

Huge custom cross-play lobbies allow you to play a variety of custom games such as 4v4, 1v3, 2v2, FFA and much more.

There are also other entertaining modes such as bombsketball, capture the flag and kung foot.

Despite the 8 Player lobbies and feature rich game modes, Brawlhalla has almost 0 requirements:

It is also a great game for those that want a competitive experience.

As of right now there are 1v1 & 2v2 ranked matchmaking modes, meaning you fight alone or climb the ranked ladder with a friend.

Brawlhalla is completely free-to-play. The only in-game items that can be bought are cosmetic
with Ubisoft & Blue Mammoth Games promising to keep it this way too.

For me, Unturned was a game that I never really got involved with, but I did give it a shot.

Like most survival games, you’re one of the very few humans left in a world full of zombies, and the goal is to… you guessed it… survive.

As you try to survive you’ll be faced with many challenges. These challenges are exactly what you’d expect while trying to survive in a post apocalyptic world.

You’ll be effect by nature, having to hunt and forage for food and materials while fighting off zombies and other predators.

The other worry that you have is other survivors, especially if you’re playing online.

In a PvP server you’ll be required to fight to the death, while PVE allows for a slightly more pleasant experience.

There are also many roleplay servers that require you to be in character.

The RP servers are great. Everyone makes and effort, in-turn creating a virtual world with an almost lifelike atmosphere.

The reason why I never really enjoyed this game was purely graphical.

It’s not too pleasing on the eye, but that helps to keep the requirements low.

As you can see, most laptops and PCs are able to run this game on minimum settings with the processor clock speed being the most likely problem.

Part of the reason I never really got involved in this is because I already had minecraft and other better survival games.

That said, if you’re on a budget and are looking for a survival game that can rival minecraft and roblox mods for free, Unturned is certainly a good option.

MMORPGs are often seen as the bread and butter of PC Gaming.

Back in the day when you thought of PC gamers, you probably pictured some guy in the basement playing World Of Warcraft or even Runescape.

Another MMO RPG that those guys were likely to play was Everquest 2.

Having been released on steam in December 2011, Everquest 2 boasts an abundance of features as well as an awesome community.

If you’re looking for a huge online game to meet friends and immerse yourself in the world of magic, look no further.

Play through hours and hours of gameplay, levelling your character all the way up to 110. Creating a story and enjoying your adventures with people all over the world.

What makes it even better is the fact you can do it on a low end pc.

The requirements for this game is slightly higher than the rest on this list, however, when compared to other MMORPG’s they’re still very low.

For example, Path Of Exile is another free MMORPG and that requires at least a 650 Ti.

As long as you like MMORPGs, I’m sure you’ll enjoy Everquest 2.

Nivel Games have created a TD and Collectable Card Game all-in-one, making perhaps the best and most addicting tower defence experience yet.

The concept is super simple. You’re placed in a carefully crafted 3D fantasy world and are expected to protect your ground.

To do this, you can choose from 54 different towers and 21 spells. There are 29 bosses to take down, as well as any other players that you come across online.

Because the game can become pretty crowded, there are slightly higher requirements for this:

The disparity between the minimum and recommended specs are huge though. Which makes me question just how well it would run on low end PCs.

If you’re interested in playing tower defense games but cannot run this, there are many alternatives, but they’re nowhere near as content rich.

That said, getting hooked on a tower defence game is easy. It often doesn’t matter how much content or features the game has. You’ll become addicted to it regardless.