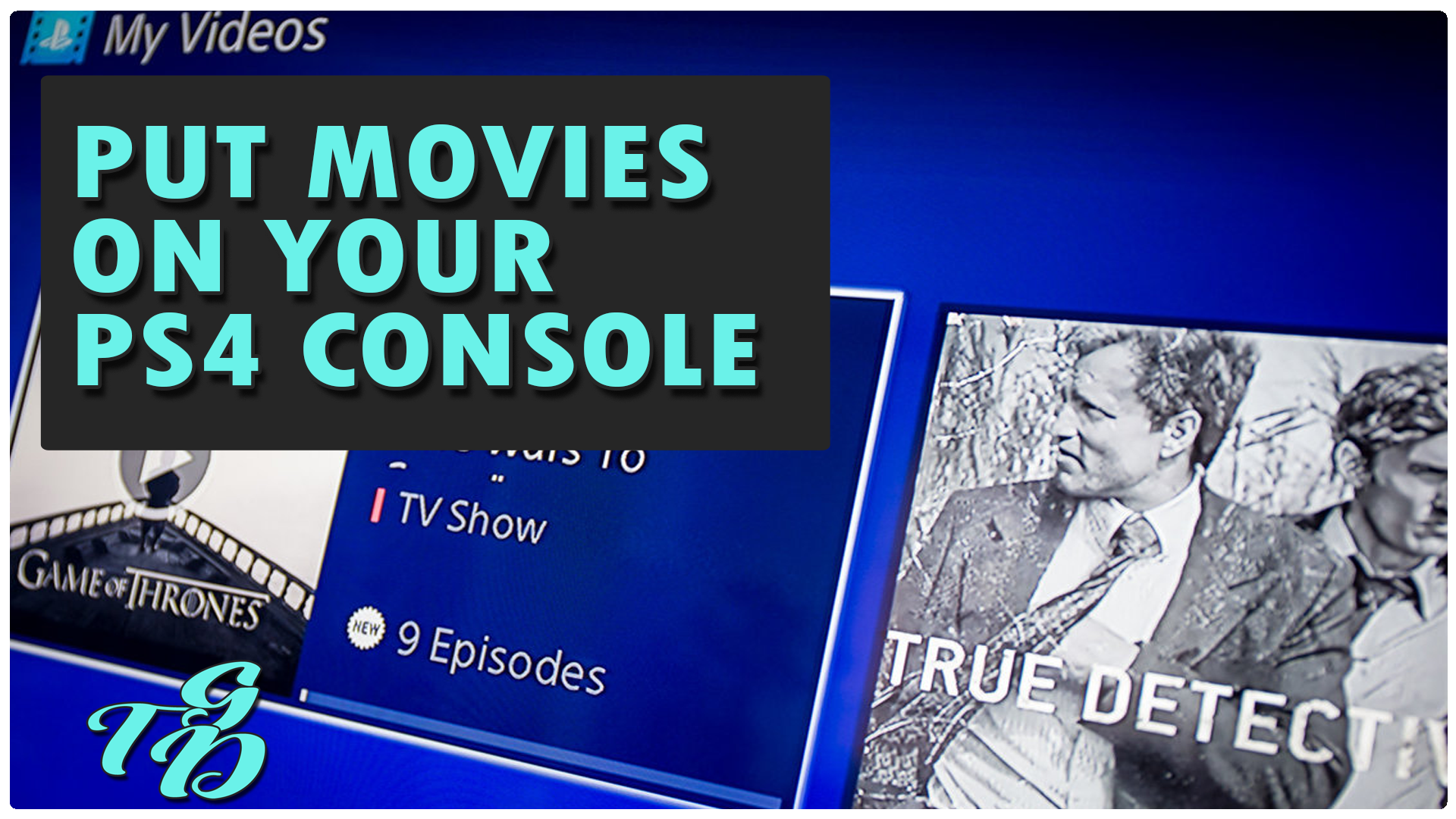 Microsofts Xbox One was intended to be an all-round entertainment centre that provided fun for the family.

Whereas Sonys Playstation 4 was supposed to be for the gamers.

While the PS3 was an amazing console for downloading and streaming movies, the PS4 left that in the past… or did it?

Putting movies on your PS4 is simple, however, you’re not actually able to store them on the console itself. Instead you’ll have to use one of the 2 methods below.

How To Play Movies On Your PS4 From A USB Stick

The best and easiest way to watch movies on your PS4 is using a USB stick.

Of course, to do this you’ll need a flash drive with at least 1GB of memory. If you want to store many movies or series on the drive, 16GB or more is recommended.

Once you’ve got a flash drive ready, and some movies downloaded on your PC, make sure to follow the steps below.

Providing you’ve done everything right and your movies are in the correct format, you should now be able to watch your movies on PS4 using a USB stick.

If not, you’ll need to re-read the steps and try to debug the problem.

The most common reason for your movies not showing up on PS4 Media Player is because they’re in the wrong media format.

Next time, when you go to download a movie, make sure it’s on the “supported file format” list.

If your movie is in the wrong format, don’t worry there are steps you can take to fix it, though It does require some time and a video converter program.

Buy Or Rent Movies Directly From The PS Store

Another way to get movies on your playstation console is to buy or rent directly from the playstation store.

This is going to cost you a considerable amount of money, and there’s absolutely no chance of reselling the movies.

That said, it guarantees HD quality, fully synced audio and you’re supporting the producers at the same time.

You’ll also be able to download and stream the movies direct to your console, instead of using a USB stick or media server.

Exploring the playstation store movies list will also help you discover films you’d never even know about, had it not been for your digging.

Sometimes you’ll also find that Playstation offers movies cheaper than any other store. If you regularly check the deals and sales pages on the PS Store, you can pick up some recent releases for as little as $5.

Can Your PS4 Install Games While In Rest Mode?