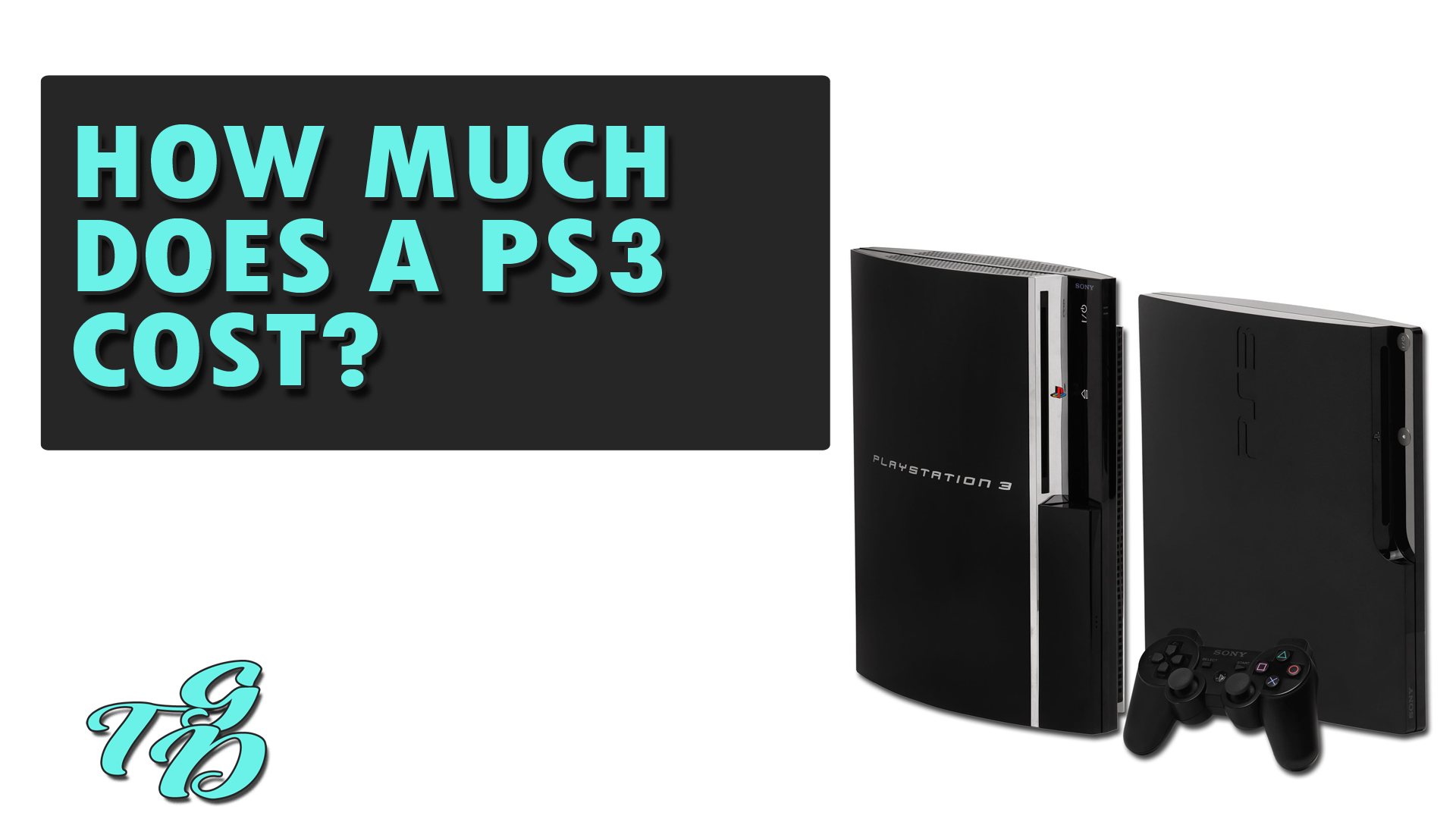 Knowing how much a PS3 is worth today, in 2020, will help to prevent you from being ripped off.

It doesn’t matter whether you’re buying or selling, you should always do your research into the value of an item before hand. Buying and selling a PS3 is no different.

There are a number of variables to take into account when valuing a PS3.

The biggest price variable is the model, closely followed by the platform that you use when buying or selling the console.

Buying from a private seller on Facebook will probably be the cheapest option, whereas selling on eBay may net you the most returns.

In my search for a Backwards Compatible PS3, I scoured the market, paying attention to each playstation model.

As a result I can give you an educated price guide for each PS3 Console.

Don’t rush into buying though.

I waited long enough and got an absolute steal. Buying an original model and 20+ games for just $30.

Anyone that’s buying a PS3 console for a trip down memory lane is better off buying a backwards compatible console.

This is why the original or “fat” PS3s are slightly more in demand and retain a higher price. Specifically those with 4 USB ports that are backwards compatible.

Below are the 3 PS3 Models & their average price range:

The models are very different and can vary massively in price.

Here are some of the key selling points between the models.

All PS3s are backwards compatible to some extent, allowing you to play most PS1 games.

If you’re just looking to get a cheap PS3 to play PS3 games, then the Super Slim is probably the best option.

If you want to play PS1, PS2 & PS3 games, you have no choice but to get the original console that allows backwards compatibility.

What Is An Original PS3 Worth?

Original PS3s that have 4 USB slots are backwards compatible and have the most demand. Because of this, they’re higher in price and sell much quicker.

If you search hard enough and wait long enough, I’m sure you could get a steal on these consoles. People don’t understand the value they hold, especially the backwards compatible versions.

Make sure to attend flea markets and garage sales while checking facebook marketplace, craigslist and other sites you can think of to get the best deals.

While it’s true, the original PS3s that are not compatible with PS2 games aren’t worth as much, they’re still have reasonable demand.

Other than backwards compatibility, the best way to price these consoles is by condition, original packaging and hard drive space.

An original console in good condition with the original packaging is worth a good amount of cash to collectors. It’s something to keep in mind if you’re selling.

What Is A PS3 Slim Worth?

I’m a fan of the slim console, It’s slightly less bulkier than the original, is quieter and has a bigger hard drive space.

The only downside is that it has a matte finish, rather than gloss and cannot play PS2 games.

If you can pick up one of these consoles on the cheap, I’d definitely buy it over the super slim.

I’ve had all of these consoles and I have to say I found the Slim version to be the best experience. It’s quiet enough, and has a level of reliability that the original does not.

What Is a PS3 Super Slim Worth?

The PS3 Super Slim was released towards the end of the playstation 3s life span. It was cheap to produce and allowed almost everyone a chance to own a PS3.

As a result, they’re super common and aren’t worth much at all.

Honestly, as a collector or enthusiast, I’d probably avoid this console, unless it was at a bargain price.

It’s not a good looking console, at all.

It is quiet, and runs considerably well, but that’s about all that can be said.

If you want a console on the cheap that can play any PS3 game, by all means go ahead, but it’s probably the least desirable PS3 model out there.

The true answer is that only you can decide.

I personally bought one for a trip down memory lane. I just happened to get a sick deal on the backwards compatible console, it was a no-brainer.

Being able to play all of my favourite Call Of Duty titles as well as NFS Underground, NFS Most Wanted and Burnout 3 on the same console offers great nostalgia.

With recent releases becoming a little stale, it’s certainly good to go back and remember your roots. It’ll also allow you to realise just how far video games have come since then.

At this point, because consoles are so cheap. You’re just as well buying used.

A used console has a history of working well, whereas a refurbished one has previously had issues. Which one makes more sense to buy?

There are too many horror stories about refurbished consoles dying within a couple of months, I’d personally avoid them at all costs.

Should I Sell My PS3?

It’s your console so it’s completely up to you what you do with it.

That being said, If you own a PS3 that can play both PS1 & PS2 games, I’d probably hold onto it unless you’re desperate for money.

I could see it rising a good amount in the future, and it’s always nice to take a trip down memory lane.

However, if your PS3 is sat collecting dust in the loft or garage, you should probably sell it.

You may be able to make anywhere between $40-$200 depending on the console, controllers and games you have with it.

200 bucks isn’t bad for what would otherwise be an ornament!

Any cookies that may not be particularly necessary for the website to function and is used specifically to collect user personal data via analytics, ads, other embedded contents are termed as non-necessary cookies. It is mandatory to procure user consent prior to running these cookies on your website.