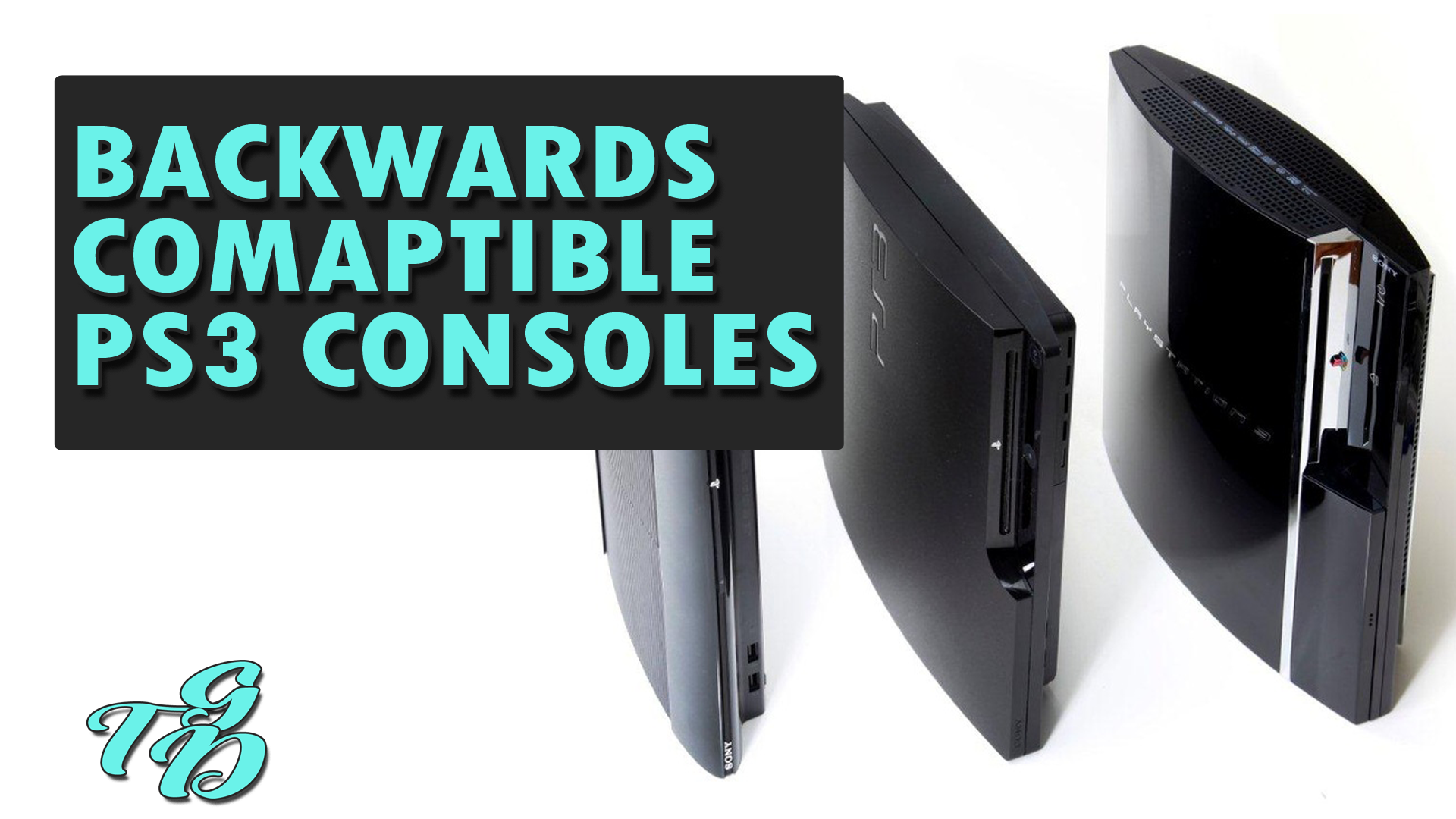 Have you ever wanted to go back and play the original God Of War? Burnout 3 Takedown? NFS Underground 2? or maybe even GTA Vice City?

If you have, all of that is possible when you have the right PS3.

Of course, you could just buy a Playstation 2, but why would you do that?

You can buy a fat PS3 that’s backwards compatible and play 3 generations of video games.

The only problem is, not all PS3s are backwards compatible. Some have better compatibility, and others have none at all.

Which PS3 Should you buy for the best retro gaming experience? Continue reading to learn more.

There were 18 different PS3 Models that were released during its lifespan, but only 3 of them offer PS2 support, and even then, compatibility is not guaranteed.

All 3 Backwards compatible playstations are “fat”. This means that they’re the original models and have a bulkier build than the slim & super slim versions that were later released.

The easiest way to tell these console apart from the rest is with the number of USB Ports. These models have 4 USB slots on the front, where as every other PS3 has 2.

Now that you know this, you will not buy the wrong version of console at a flea market or garage sale.

Can The PS3 Play PS1 Games?

At the time it was a very little known fact, however, all PS3 systems are able to play most PS One games.

Unfortunately, this is all the information sony gives us.

When it comes to knowing which games are compatible or not, it’s a matter of trying it and finding out.

Of course there are some lists on the internet which will tell you, however, these aren’t necessarily accurate.

To run PS1 Games, the PS3 system uses an emulation software which can run into a few problems.

While most games run fine, others may have a couple of bugs, some that are not so bad, and others that can be game-breaking.

The worst case scenario is that the game wont even run at all.

Just prepare yourself for the worst so you’re not disappointed.

There are a number of ways to play previous generation games on PS3. You can also play some classics on the PS4.

The best and most complete way is to buy a backwards compatible PS3. This will allow you to play most PS1, PS2 and All PS3 games on one console.

That said, there are other options such as buying directly from the PSN store, Jailbreaking your PS3 or even running emulators on a PC.

Buy A PS3 Console That Is Backwards Compatible

The best way to play previous generation games on a PS3 is to buy an original PS3.

This is the solution that I went with and I was able to pick one up for $30 second hand from Facebook marketplace.

Once you’ve confirmed that the console is backwards compatible by looking at the number of USB slots and the model number in the serial code, you can then decide whether to buy the console or not.

Before making a purchase you should learn how much a PS3 is worth in 2020.

In terms of buying games, again, not every game will run.

This list will give you a good idea of what works, however, they’re not guaranteed.

Once you’ve found a game that works, create a virtual PS2 memory card so that you can save your progress as you play and adjust your PS2 Playback settings for the best retro gaming experience.

If you’ve got a PS3, but don’t actually have one that’s backwards compatible, you can still play some classics.

You can also get some classic that are available to play on the PS4, however, the options are very limited.

I’d say that the best PS2 classics you can buy on PS3 straight from the store are the GTA series, Midnight Club, Canis Canem Edit and the orignal Manhunt.

There are 159 classic titles you can buy direct from the store on PS3.

Unfortunately, for PS4 users, there is less choice with only 54 games.

Being completely honest, while these games are fun. There are many other titles that you’re missing out on by not having a backwards compatible PS3 or even by owning a PS2.

This is probably among the least recommended options. I’m not going to go too in-depth on this topic, rather just make you aware of the possibilities.

Jailbreaking is changing the software that’s installed on your PS3 to a custom firmware.

Doing this will allow you to download pirated games off the internet and play them for free, but that means someone elses hard work is going unpaid.

Custom firmwares will also provide many other non-playstation features such as allowing MKV files, access to homebrew games as well as game mods and cheats.

The main downside is that you can’t access online, and if you do, there’s a high chance you will be console banned. Meaning that you need to buy a new console to access Playstation Network features.